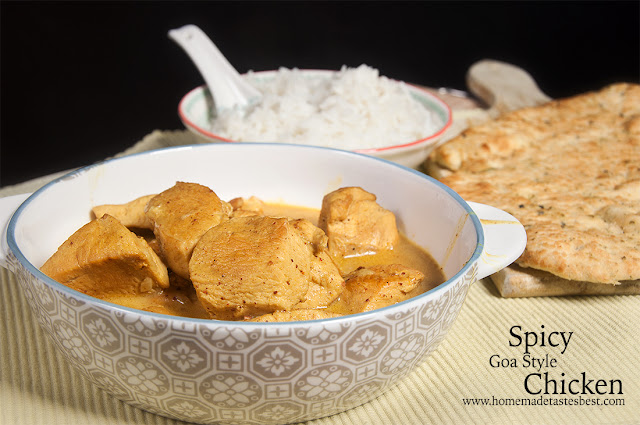 Sometimes i so like to make Indian dishes.....i guess i really like it and going on a restaurant is always so expensive. Also i found out that indian food contains mostly sugar to make it even sweeter. As you know i’m not a fan of Sugar, so i think Homemade is always best, as i can add anything i want and know that is good for me, like Coconut Blossom sugar or Palm Sugar. Cooking with Coconut oil and add as much spices as i want.

This dish is made with Coconut milk and fragrant spices. Perfect with the Sweet Mango chutney from my previous post and some steamed Basmati rice.

TIP : You can make the spices some days before and preserve till you make this dish. Then you safe up some time :)
I used 2 dried red peppers with seeds, but i felt that i could have added all 4. So next time i will add the 4 peppers. I guess the coconut milk takes away the hotness in the dishes. So add enough peppers if you like it spicy.

For the chicken itself

1. In a pan on middle heat, add the 6 Black peppers, 3 Cloves, 2 tsp of fennel seed, 4 dried spanish peppers, 1 tsp Cardamom, 2 tsp of ground almonds and  the Cinnamon. Lat bake for about 2 minutes, keep stirring. You will have a fragrant of eastern spices in the house. Let it cool down a bit.

2. Then add all the spices to a blender, spice grinder or food processor. Add the salt, Turmeric, Cumin and Coriander. Blend till it becomes really fine. Like a powder. Set aside.

3. Heat up 2 tbsp of Coconut oil in the same pan and add the onion and garlic. fry for about 2 to 3 minutes on middle heat. Now take another large pan and start baking the chicken cubes in the other 2 tbsp of coconut oil. Make sure they get a nice crust. So it’s nice crispy.

4. Add the chicken to the first pan where you have fried the onion and add all the grinder spices.
Add the Coconut milk and water. Let come to boil and then lower the heat and let simmer for about 20 minutes. Stir in the tamarind paste and let simmer for another 3 minutes. Stir well so everything is covered. Serve immediately with steamed rice, mango chutney or Naan. 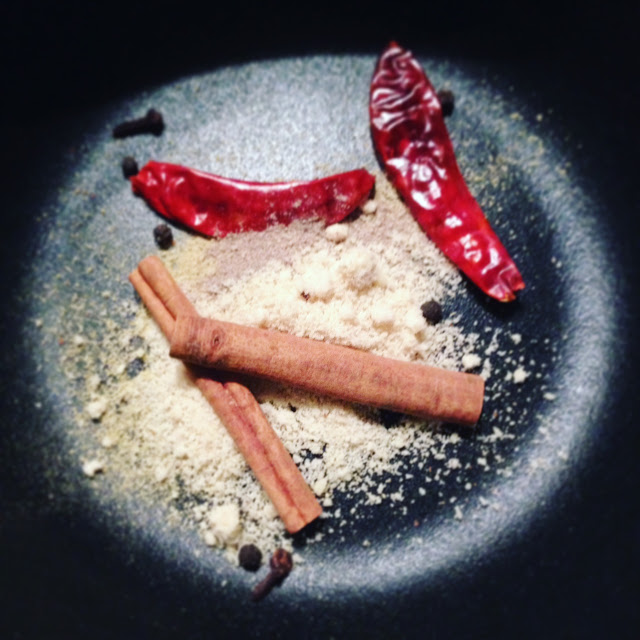 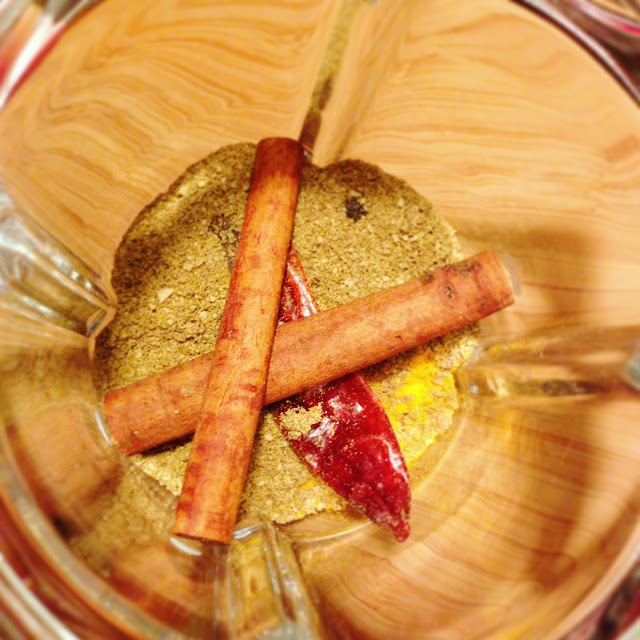 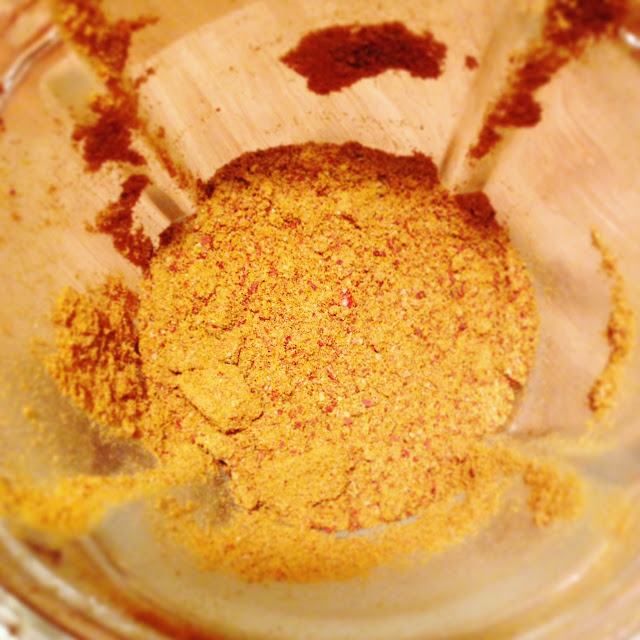 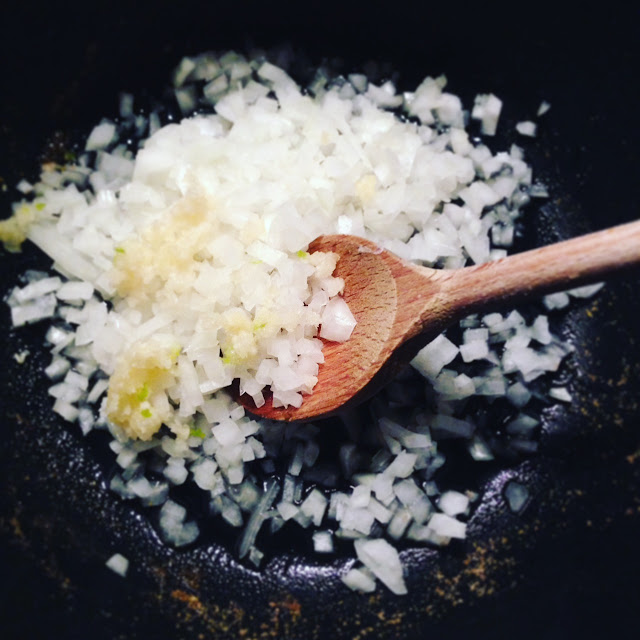 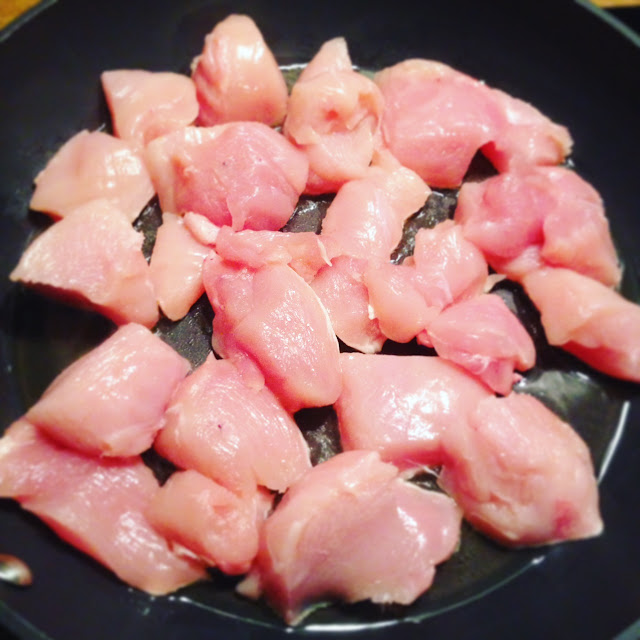 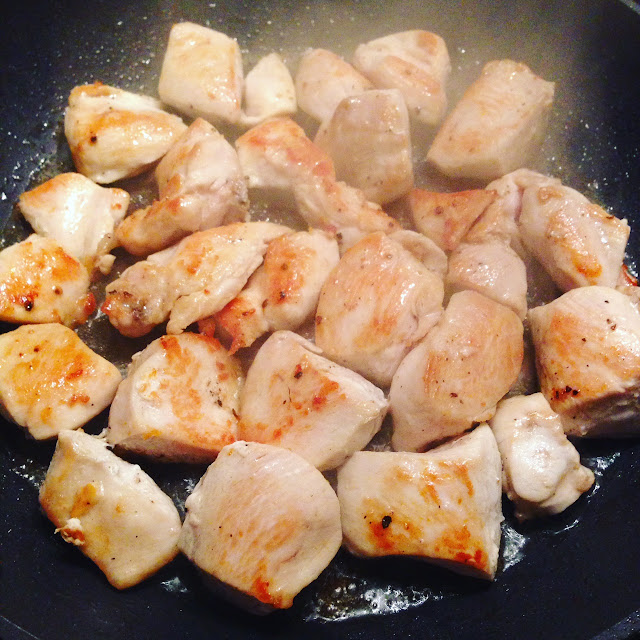 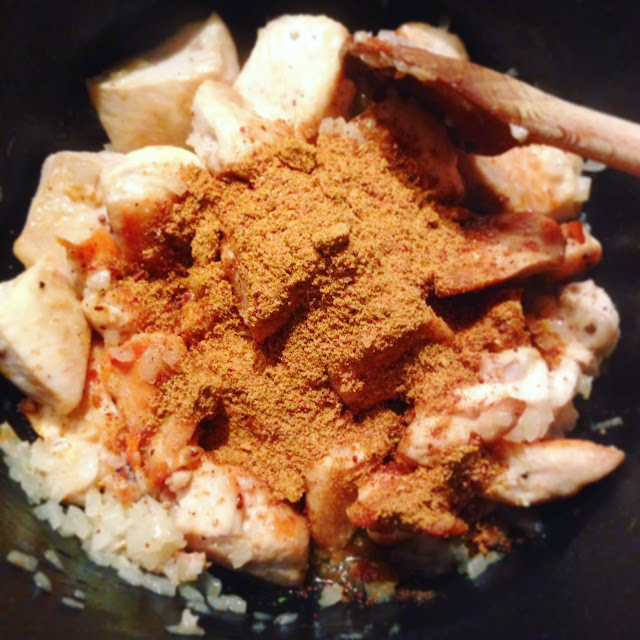 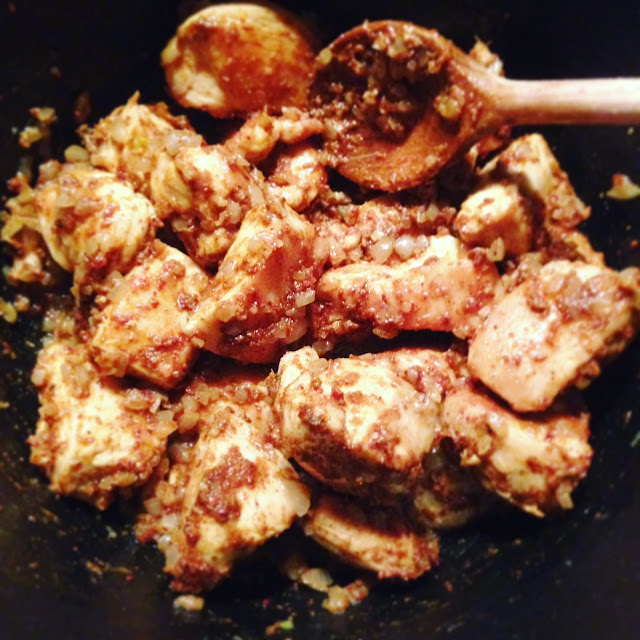 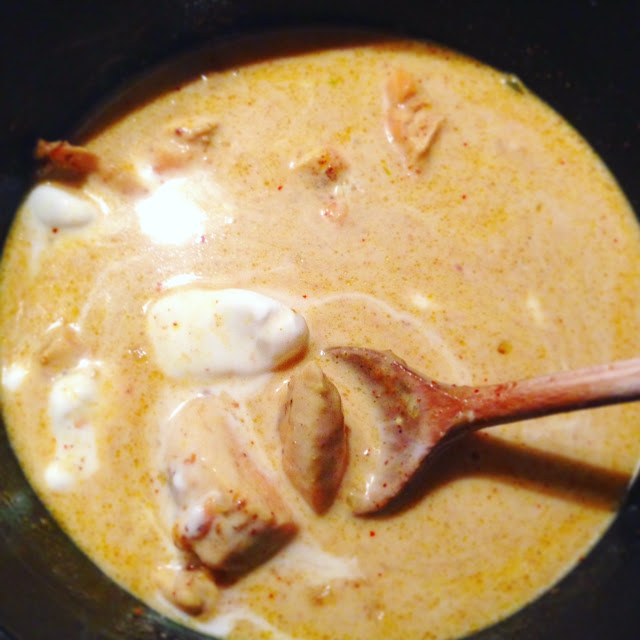 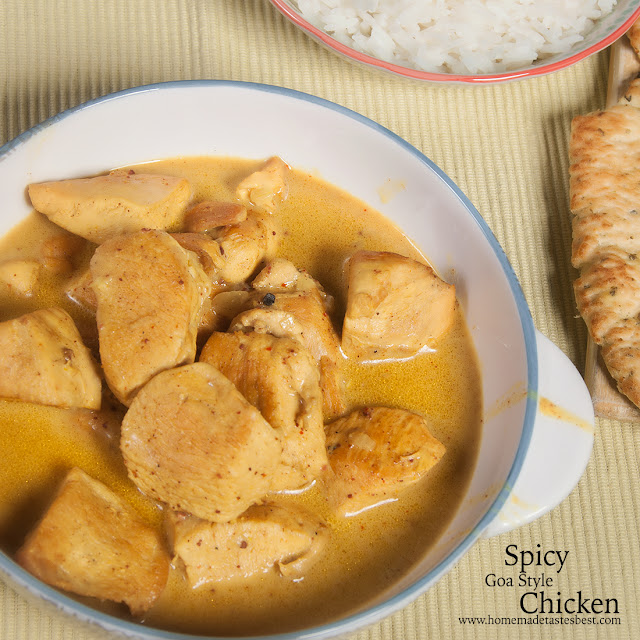 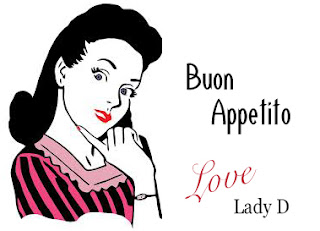 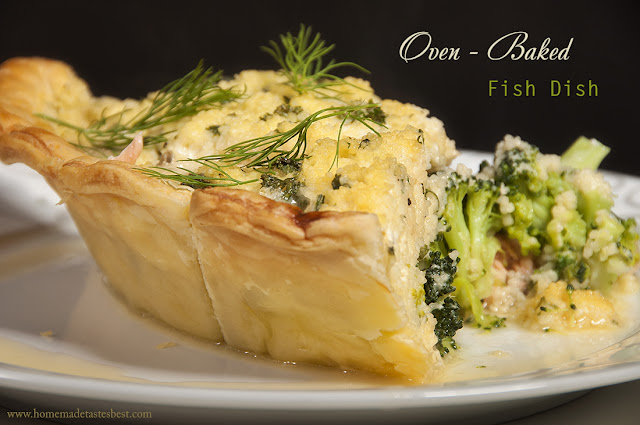